Retail Pharmacy on the Front Lines This Flu Season 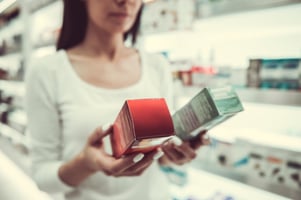 Each year, five to 20 percent of the U.S. population will become infected with the flu. That’s between 16 million and 65 million people. The impact of influenza is much larger than most realize. Prevention is crucial – largely from vaccinations – and can be supported by employers, health clinics, physicians and community pharmacies.

The annual cost, both in terms of dollars and human lives, is staggering. The Centers for Disease Control claims that flu cases result in $10.4 billion in direct medical expenses, $16.3 billion in lost earnings, tens of thousands of hospitalizations, and worst of all, thousands of flu-related deaths on a yearly basis.

The 2016 flu season was considered moderate with reports of the flu remaining low through November, increasing in December and peaking in February nationally – with Influenza A being predominate through mid-March and then Influenza B being reported largely in Mid-March through late May. With this flu season anticipated to be worse than 2016, professionals across the health care industry (physicians, nurses and pharmacists alike) have an obligation to make sure their patients are informed and protected against the flu.

Health care professionals and pharmacists should take special care to ensure themselves and their teams are vaccinated. The CDC recognizes that healthcare workers (this includes pharmacists) can be exposed to serious diseases or materials that could spread infections. They recommend all healthcare workers to get one dose of the influenza vaccine annually.

The Role of Retail Pharmacy during Cold & Flu Season

As always, retail pharmacy is on the front lines helping to curb the spread of the seasonal flu. Across the country, retail pharmacy chains are being proactive, urging customers to consider getting flu shots early in the season, before the winter sets in. More than ever, pharmacies are being chosen for care due to cost and convenience.

Many retail pharmacies and grocery stores have incentivized customers to get flu shots by removing co-pays (dependent upon insurance) or adding additional discounts on purchases made in store. This is effective as patients are already shopping and filling prescriptions so incentivizing them has many bonuses in and outside of the pharmacy walls.

By getting flu shots at the pharmacy, these individuals keep their primary care doctor’s office freed up for patients with more urgent medical conditions. And by keeping healthy individuals out of the doctor’s office, retail pharmacy’s flu shot strategy helps prevent flu sufferers from exposing the virus to others. Providing flu shots is also another way to showcase that pharmacies are a health and wellness destination, not just a place to pick up a prescription.

For more information on the 2017-2018 flu season, check out the CDC’s updated report here.